New Video: Taylor Swift – Look What You Made me Do 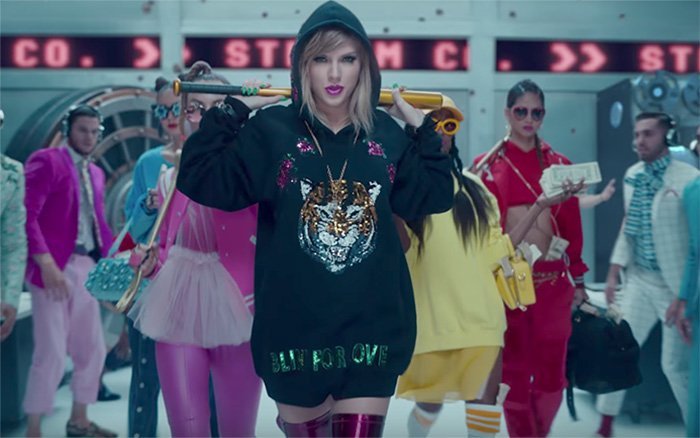 After dropping her Kanye West diss track “Look What You Made Me Do,” Taylor Swift stirred up more controversy with the song’s video, which premiered during Sunday’s MTV Video Music Awards.

The Joseph Kahn-directed clip opens up in a cemetery, where “Taylor Swift’s Reputation” lies underground. From there, the pop songstress appears on a throne and in a bathtub full of diamonds before crashing her gold whip in front of paparazzi.

Like the song, the video is said to feature nods to Kanye West and Kim Kardashian. At one point, Taylor claims to get “receipts” that she will edit, an apparent jab at the way that Kim released a video of Kanye and Taylor speaking to one another about “Famous” on the phone.

Watch the video for “Look What You Made Me Do” below.