Bruno Mars taps Zendaya for a sensual hotel room experience in the highly-anticipated video for his 24K Magic single “Versace on the Floor.” 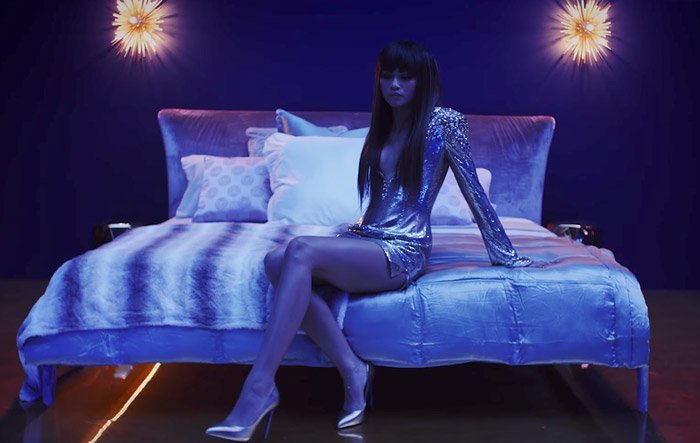 Co-directed by Bruno and Cameron Duddy, the tasteful and sleek clip starts with the superstar duo walking into separate hotel rooms. Mars sits behind his piano, while Zendaya eavesdrops from next door. “There’s no reason to hide what we’re feeling inside,” sings Bruno while she bites her lips.

Bathed in neon lights, Bruno keeps playing the piano while Zendaya sings along. Dancing seductively, the Spider-Man: Homecoming actress puts on quite a show, even falling onto her bed in ecstasy. “Let’s just kiss ’til we’re naked,” he sings, before her glittery dress falls to the ground and she knocks on Mars’ door.