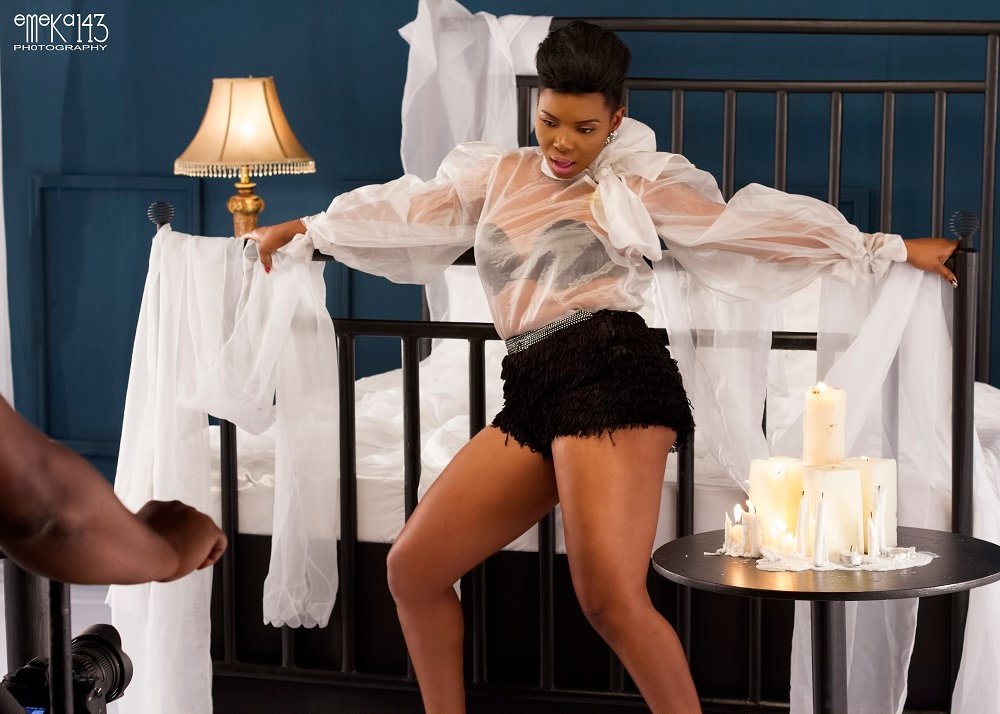 Today marks the 29th birthday of a true African Diva. That’s right, 29 years ago today in Abia State, Nigeria, the powerful force we’ve come to know and love as Yemi Alade was born. It wasn’t long before she was in the spotlight. Famous for her acclaimed 2013 single “Johnny,” this Nigerian Afro Pop vocalist was nominated for a 2014 Nigeria Entertainment Award and received a 2013 ELOY Award. She has earned over 210,000 Twitter followers and more than 3.2 million Instagram followers.

After appearing in the 2009 edition of the Peak Talent Show, she recorded her debut single, “Fimisile.” Her first album, King of Queens, was released in 2014. — we’ve been fans through it all.

One of seven children born to Helen Uzoma and police commissioner James Alade, she grew up in Nigeria’s Abia state in a family of both Yoruba and Igbo heritage.

Part of the singer’s appeal comes from her vivid, eye-catching music videos. Most videos are fun to dance along with, but they also serve to illustrate the experience of black women in a way that crosses borders.

In honor of this fabulous occasion, we’ve compiled a gallery of her 5 best music videos below. Click through and relive your favorite of Queen Yemi’s moments. Which one is your favorite?

1. “Johnny”
This song is Alade’s best known video, having gotten over 800,000 views in two months when it was first uploaded. It was also an international hit in countries like South Africa and the United Kingdom. Who knew a song about a guy cheating on you could be so catchy?

2. “Duro Timi”
This video shows that there is more to Alade than catchy dance songs. This R&B track shows off the singer’s soulful side without sacrificing her African roots. Even if you don’t know what “Duro Timi” means, the romantic heartbreak in this song something everyone can understand.

3. “Pose”
Featuring gorgeous black women wearing colorful makeup and outfits, this video serves as a great way for black women to be proud of their beauty and sensuality. It is also fun, particularly at 1:43 when Alade and her dancers do a bit of MJ’s Thriller dance.

5. “Kissing”
Unlike the music videos for “Johnny” and “Duro Timi”, this video is about celebrating love in a good relationship. With a nice mid-tempo acoustic guitar providing rhythm, the video’s sweet, innocent atmosphere is sure to put you in a romantic mood.

Bonus
The track “Bum Bum” is a dancehall fusion song produced by V-Tek, ans has been gaining serious momentum since it first surfaced on the track-list of Alade’s third LP.

Now the Sesan directed clip for “Bum Bum” is here and we are loving every frame!

Watch this beautiful video from Becca titled – With You ft. StoneBwoy