Bebe Cool Opens Up On Working With Jason Derulo

Celebrated Ugandan artiste Bebe Cool shares his excitement after he makes his debut on Coke Studio Africa 2017. He has been paired alongside Nigerian star Falz, who is returning on the show for a second time. This pairing will also feature on a special episode Coke Studio dubbed ‘The Global Fusion Edition.

Bebe Cool is ecstatic on his debut on Coke Studio Africa. He shared his sentiments at a Nairobi press conference. He said,

“My career in music started 25 years right here in Nairobi so when I got that call from Coke Studio I was so happy and my fans are also happy. I would like to commend Coke Studio Africa for this great opportunity. As an artiste with experience in African music entertainment, I know the struggle of artistes and see the difference and challenges in East Africa and thanks to Coke Studio Africa – everyone benefits.”

He also touched on his upcoming collabo with Jason Derulo:

“I could have dreamt of meeting with Jason or paid a lot of money to work with him but through Coke Studio I have met a humble guy who is on top of the charts worldwide. This is a special moment for me.”

Two acclaimed African music producers: DJ Maphorisa (South Africa) Masterkraft (Nigeria) will be producing all the music of the Global Fusion Edition. All the music will be performed and recorded live alongside Coke Studio’s highly talented house band. The new season is set to premiere in different regions from September this year and will broadcast in more than 30 countries across Africa.

Jason Derulo is also excited on the recording of Coke Studio’s Global Fusion Edition experience so far.
He revealed,

“I have already done a song with the taste of Africa in this process,” adding, “We have made amazing music at Coke Studio and I think it will be magical and go beyond what the show intended. In the future I plan to continue with the African vibe – I am in the space and it felt so natural like it was supposed to happen.” 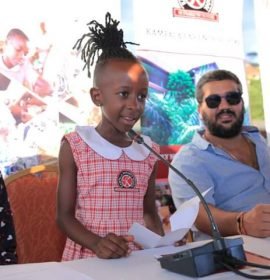