After kick starting the excitement by releasing Bampa 2 Bampa a fortnight ago, Navy Kenzo pushed the excitement higher for the navy mob (fans) with another track with the London collabo this Friday featuring the talented rapper Tiggs Da Author.

Tiggs who has collaborated with Idris Elba (for his hit songs Blah blah blah) & The Knocks is a Tanzanian rapper, singer, songwriter and producer from South London.

This particular track is a slow whining song that gives all the ladies a chance to feel appreciated.

It is another of the tracks that will be on their upcoming album “Story of the African Mob”. 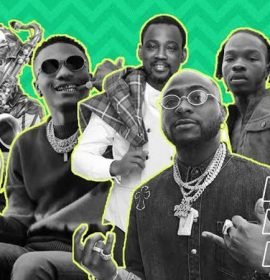