On February 3, 2017, Michelle released the single “Got Me Crazy”, alongside DJ Feezy, Rick Ross and Fabolous.
Michelle released two more singles:”Birthday” & Either Way”. This comes after the success of her third ‘More Issues Than Vogue’ sophomore album last year which debuted at number 2 on the US Billboard 200, and number one on the US Top R&B/Hip-Hop Albums charts.

The R&B singer enlisted the help of resonant singer Chris Brown to add more rhythmical flavour to the song. When soul,R&B & rap meet then “Either Way” Remix happens. 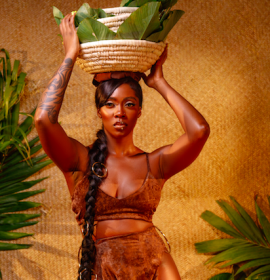 Lakizo Entertainment teams up with Ceeza Milli, Terri, and Bella Shmurda for “Flex.” From its opening seconds, ...

Wondaboy teams up with Deon Boakye and Ahkan for ‘Formula Remix’