Reggie N Bollie (formerly Menn on Poinnt) is a Ghanaian music duo consisting of Reggie Zippy and Bollie Babeface. The group was formed in 2012, and it is best known for finishing as runners-up on the 12th UK series of The X Factor in 2015.
The minister on Saturday, June 3 announced at this year’s edition of the Ghana UK-Based Achievement Awards (GUBA) at the Intercontinental London-The O2 that the X-Factor UK stars have been appointed as tourism ambassadors for the UK and Europe.

Reggie N Bollie have expressed their profound gratitude to the Minister of Tourism, Arts and Culture, Hon Catherine Afeku, for appointing them as tourism ambassadors for Ghana.

The two artistes are expected to use their brand and their stage performances to market and promote Ghanaian music, as well as Ghana’s tourism potentials to the Europeans.

South Africans Tend To highlight Those Who Are Irresponsible – Zakes Bantwini 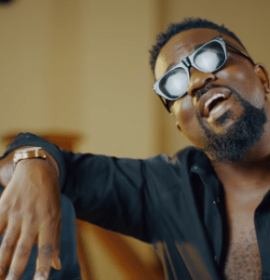