Etah Tambe Nyenti born on Feb 27, better known by his stage name Tzy Panchak, is a Cameroonian recording artist and performer now known by most as Cameroon’s #1 Afro-Pop sensation.

Due to his skill, work ethic, exposure and composure, Tzy was able to land a lucrative record deal with Cameroons fastest growing entertainment company “Blu Nation Recording and Entertainment” on July of 2016. The signing marked the beginning of new adventures and opportunities for Tzy Panchak.

Tzy is also fast gaining grounds as the voice of the people due to his diverse nature of music and also since he was the first release a track in memory of the victims of the Eseka Train tragedy that happened in Cameroon, 2016. He has been getting so much appreciation all over the world and some even call his the Tuface of Cameroon. Panchak is said to be working on his debut album titled “Underrated” which is scheduled for release summer of 2017. He said in an interview he is working day and night to provide his fans with one of the best music that has ever come out of Cameroon.

Check out Yemi Alade – Marry Me Video (Behind The Scenes) 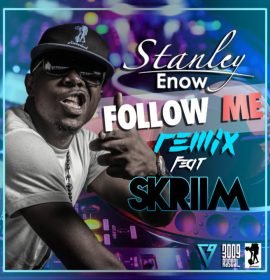 It’s the END of Year and Motherland Empire’s Stanley Enow is giving no chill. The Cameroonian-born raptor teams up ...