A-Q has always been a ‘hard riding’ rapper, he has been keeping the lights on. The album before this, ‘Rose’ is simply a confirmation of that.

A-Q went in clean, well a little raw on this project. With the built up anticipation, ‘Blessed Forever’ album Pre-Order option was put out, immediately, I had to place my order. There was  a need to know what makes the artiste continue to strive on a journey where other predecessors has either left or changed genre. At least, you have to give A-Q credit for maintaining the ‘rap’ consistency and integrity that pulls the charm between Hip-hop and pop music.

Picking up where a lot of his last album left off, A-Q drops the cool guy vibe and delves into some praying mood. 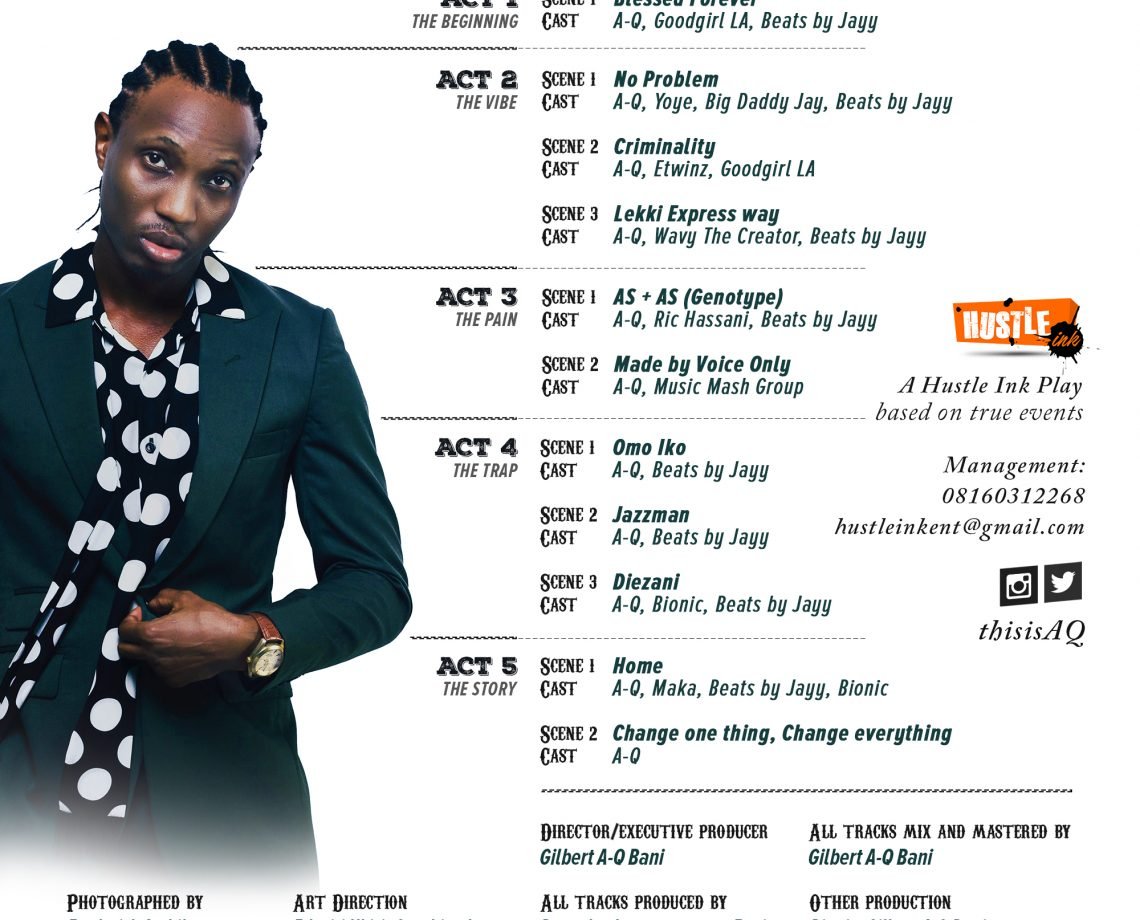 Scene 1: Blessed Forever – Bringing in the delectable songstress GoodGirl (LA) to kick start this was definitely a good choice, she gave her well sultry voice which makes you want to remember the last time you were in Church.The prayer oozes out as he says, “The Lord is my Shepherd/i shall not want/never taught i grow old enough to see my son/everybody is one/you made me number one/Nigeria greatest rapper/put me the front…” He speaks on his challenges as a rapper both at home and in the industry but still acknowledges that ‘I’m Blessed Forever‘. A cool jam you would want to put on repeat while moody. Produced by his long time collaborator Beats By Jayy.

Scene 1: No Problem – I first thought the intro was from Burnaboy, not until I checked the tracklist again, It was none other than the artiste known as Yoye. This is a track where A-Q displays his authority while bragging on not been concerned about his competition. Just one of those “fill up the space” track on the album, for me though.

Scene 2: Criminality – That Fela feel good track off the album, gives you the Afro feel. Producer Etwinz makes a delivery on this. GoodGirl LA is also on this track. I guess A-Q was just trying to pass that message reminding us about our shady dealings and how it affects the society at large. Did you listen to MMM (Single pre- Blessed Forever album) by A-Q?

Scene 3: Lekkin Express Way – Basically i see this album as a perfect representation of how he was feeling, going through, presently seeing and felt like he was giving gratitude, shared his pain and likewise tapped from the positivity and learnt from the negativity.

Act 3, The Pain – With two tracks on it titled, AS + AS (Genotype) – It features Ric Hassani and tells a story of love. It takes one a bit away from the regular A-Q. The soft touch by Ric was just all of it. A girl he met which he loved but guess they missed the part where they were to talk about their genotype. Things got out of control and here we have the pain in a song expressed through rap. A message of love. and Made By Voice Only is a song that was made with vocals on beatboxing in accapella, no instrument, features Music Mash Group. Lyrics sound so honest but yet musical. Probably a track you would love to REPLAY if you are a fan of Boy 2 Men. His experiences with Vector, Mode 9 and more rappers was well talked about on this track.

Act 4 – The Trap – Omo Iko, Jazzman and Diezani are the three tracks under this. If you want to get the younger generation to vibe your song, you sure need that trap feel. That was what he did with these tracks. Omo Iko is just a track with an African feel on a trap beat, talks about how smart he his, talks about the hustle with some depth to it. It gets as lyrical as it could get. In Yoruba, Omo Iko means a smart person. Jazzman is that Nigeria sound (Fuji) on a trap beat. Worked? Yes, gives you a different feel. DJ Spinall had a cameo on this one, though i wondered why the remix which was released on his birthday featuring Yung6ix and Dremo isn’t on this album. Track 9 is also about the hustle from the look of it, Diezani has this lovely melody, from the title, I am sure you know what the song would sound like. “till i touch more like Diezani…” smiles. It features Bionic and produced by Beats by Jayy.

Act 5 – The Story: Home which is track 10 on the album, features female act Maka. Sounding futuristic on how he perceives his home as a married man and reflected back to how he lived with his siblings with his folks. Maka’s voice made the song for me, Always a fan of her. A tale from the perspective of an industry hustler and a Hip-hop master of rap.

Concluding the album, in the story, Change one thing, change everything track is the last one that tells you about how all went for the artiste, saw his father cry, had his brother stabbed, his mixed feeling towards his Dad. An in-debt of his life, finding the balance between loving his Dad and and fighting poverty. An emotional ending of the BLESSED FOREVER album.

This collection is a testament to what can happen when you make the most of it. The thing is A-Q, whether he’s full of joy or howling into the void, he pushes his songs to their edge, which helps to deliver on the promise shown in his earlier works. BLESSED FOREVER is ultimately a record about keeping it together when your wits and resolve have been tested and depleted. Beats by Jayy production is almost uniformly excellent, poppy and full of air.

New Music: Waje – In The Air 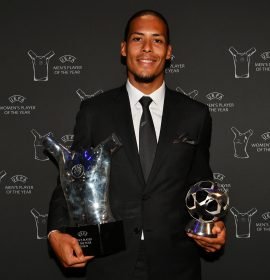 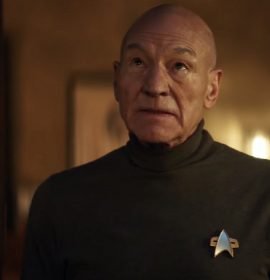