Avengers: Endgame – which stars Robert Downey Jr as Iron Man – has made box office history by taking a record-breaking $1.2bn (£929m) in global ticket sales in its opening run.

The blockbuster movie has become the fastest film ever to break the $1bn barrier, doing so in just five days.

Endgame is the 22nd offering in the Marvel Studios superhero franchise.

Walt Disney Studios Chairman Alan Horn said in a statement: “Though Endgame is far from an end for the Marvel Cinematic Universe, these first 22 films constitute a sprawling achievement, and this weekend’s monumental success is a testament to the world they’ve envisioned, the talent involved, and their collective passion, matched by the irrepressible enthusiasm of fans around the world”. 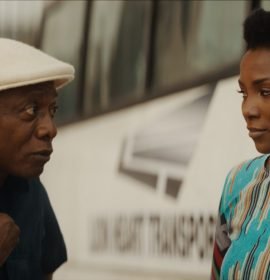 A few years ago I interviewed Genevieve Nnaji for the Africa Report. One of the questions I asked concerned her ...