As we countdown to the release date of ‘Black Panther’, star actor featured in the latest edition of the publication for their Talents & Legend February issue. Just Jared reports that in an interview with the magazine, Jordan talks about gaining 20 pounds of muscle for ‘Black Panther’.

“Chest, shoulders, back. My legs a little bit, my quads. I was just, like massive…It’s a job man,” expressed Jordan. “You really have to diet. It’s hard to be social. You have to drink a gallon and a half of water a day, you know how many times you have to use the bathroom? It’s annoying”. 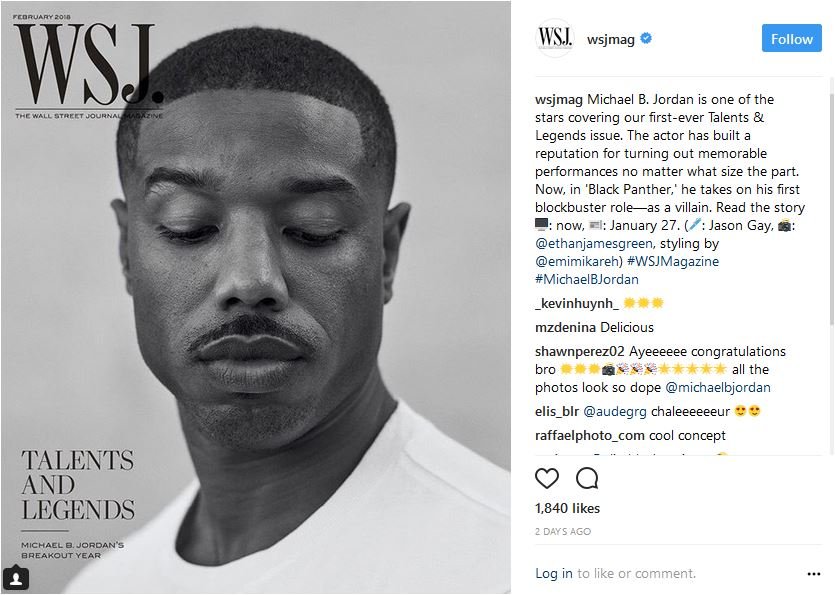 Not too long ago, Black Twitter went off when they saw Jordan was dating a girl who wasn’t Black. However, but in this interview, the actor got people confused when he stated;

“Dating, but technically single. L.A. isn’t the best place to date…no offense to L.A.,” said Jordan. Looks like he’s back on the market and not bound to anyone place.

But he’s really hopeful for the future in 2018. “It’s the best time to be a person fo color in Hollywood who’s creative and has original projects,” expressed Jordan.

Watch Poe and Tiwa Savage in video for ‘Are You Down’!