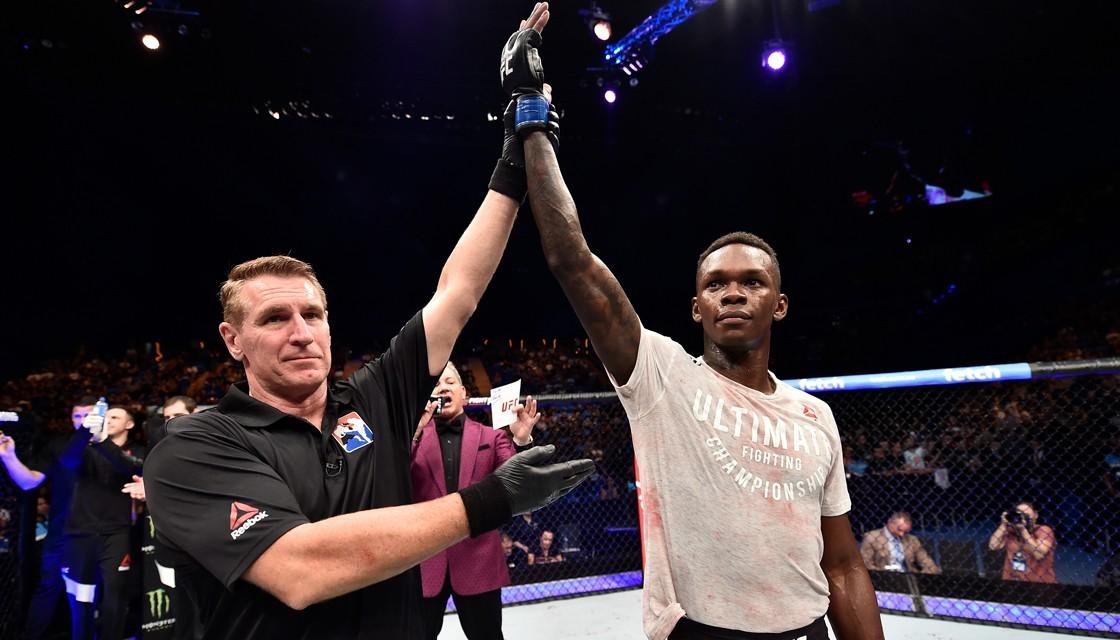 The enigmatic personality and natural charisma, which will likely ensure a fast-growing fanbase, were on full display during his post-fight interview. He signed off by telling a packed Perth Arena, “I’m the new big dog in the middleweight division and I just p*ssed all over the cage.

“I didn’t plan it, it just happened. When a dominant dog walks into the dog park – head high, tail high – and just pees all over the place just to mark his territory, he lets them know – this is my spot.”

With a wealth of experience in the combat sports world, Adesanya appeared far from phased by the weight of expectations surrounding his first foray into The Octagon, not shy in comparing the buzz surrounding his debut to that of a certain brash Irishman.

“The pressure has been the same since the jump, since 2008 when I started fighting,” Adesanya told Sherdog.com

“Pretty sure I had more hype than Conor [McGregor] before he jumped in UFC. Now people know who I am and it’s time to work.

“I’ve been watching the UFC for a long time… I know how this works. I’ve prepped, visualised all this, and it’s happening now. I just need to roll with it. I ran toward this fight.”

As for now, Adesanya plans to take a week or so off to “chill and let my hair down” before he contemplates his next move, well aware that he now has a large target on his back.

“I like to stay active… Everyone’s going to try and call me out now, so I’ll leave it to you guys to fight over who wants to fight me next,” he says, directly into the camera.

Results were mixed for the other two Kiwis in action in Perth with veteran heavyweight Mark Hunt losing via unanimous decision in his co-main event bout against Curtis Blaydes, while Hamilton’s Luke Jumeau overcame Daichi Abe claimed a decision win.