Nigeria fought back from behind to claim their third FIBA Women’s AfroBasket title after beating Senegal 65-48 in Sunday’s Final in the Malian city of Bamako. 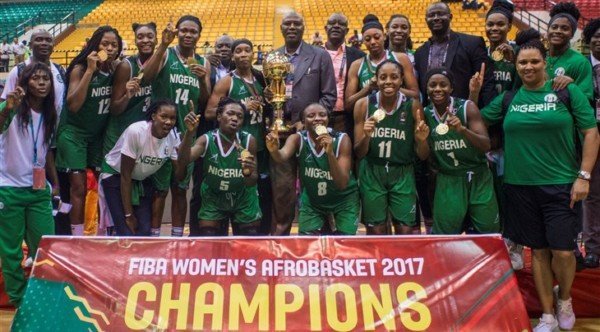 The win means D’Tigress won all eight games they played at the competition.

Evelyn Akhator led the way with team-highs of 13 points and seven rebounds in the winning effort.

As finalists, both Nigeria and Senegal have qualified for the FIBA Women’s Basketball World Cup 2018 in Spain, a statement on FIBA’s website reads.

Mali had earlier claimed the last spot on the podium, after edging out Mozambique, 75-52, in the 3rd-Place Game.

M.I. Abaga: ‘I am a little bit disappointed with where Nigerian Hiphop is today’

“#FillUpFNBStadium is not about hip hop beef” Says Cassper Nyovest