Kendrick Lamar’s left stroke truly went viral with “HUMBLE.” Complete with a stunning video directed by the little homies and Dave Meyers, the Mike WiLL Made-It-produced banger was the lead single from DAMN. and it set the tone for what would be an explosive third album from the Compton spitter. “HUMBLE.” helped introduce many of the album’s themes like the question of “wicked or weakness,” while balancing infectious flows, thoughtful bars, and bangin’ production. It was Kung Fu Kenny’s soul speaking through arena-ready drums, making the fire-filled visual all the more appropriate.

After being written off as a reality television star with mere musical aspirations, Cardi B woke her doubters up with a bang on “Bodak Yellow (Money Moves),” a history-making chart-topper that embodied her bold, confident, and colorful personality. Inspired by Kodak Black’s “No Flockin,” the track went on to become one of the year’s biggest smashes in any genre, but it made her the first unaccompanied female rapper to top the coveted Billboard 200 since Lauryn Hill. Stepping on all naysayers in bloody shoes, Bardi proved that she is a force to be reckoned with in music.

From the glistening piano keys to Frank Ocean’s sped-up Pablo Picasso tribute, “Slide” opens up as more than just a catchy pop song. Once Calvin Harris’ bass line kicks in and the drums start to hit, it’s clear that it’s funky, wavy, and full of bounce to match those compelling qualities on Harris’ Funk Wav Bounces Vol. 1. Migos’ addition adds hip-hop flavor to Frank’s soulful air and together, the unlikely team of stars created one of the year’s most memorable, feel-good tracks, perfect for every summer to come.

Thirty-five years after Ed “Duke Bootee” Fletcher said, “Don’t push me ’cause I’m close to the edge” on the seminal Grandmaster Flash & the Furious Five single “The Message,” Lil Uzi Vert had the exact opposite request. “All my friends are dead,” he rhymed on the 2017 standout. “Push me to the edge.” Originally created as part of The Weeknd’s “Starboy: Legend of the Fall Tour” (hence the song’s XO-inspired title), the TM88-produced platinum slapper took on a life of its own and resulted in Uzi’s first Billboard Hot 100 top 10 as a lead artist.

Platinum, platinum, platinum. Pluto took his “Mask Off” in 2017, delivering the one-two punch of Future and Hndrxx, but it was the Kendrick Lamar-assisted remix to “Mask Off” that stood out as his most potent. Metro Boomin’s stirring, flute-filled instrumental worked masterfully with Feutch’s flow and Kung Fu Kenny’s Midas touch. All together, it was one of the most explosive collaborations of the year, calling for fans to get up and “be inspired.”

Haaan! French Montana initially released “Unforgettable” as “Unforgivable” back in November of 2016 in honor of his birthday. But the loose single disappeared from the net, only to reappear in April as “Unforgettable,” the official Swae Lee-assisted single off Jungle Rules. Coming back with a focused fury, the Jaegen and 1Mind-produced track became a summer anthem, viral dance craze, and Montana’s biggest single to date, all before his next birthday.

Right from the jump, haunting piano keys and Nina Simone’s soul-stirring vocals set the scene for JAY-Z’s motivational quotes on “The Story of O.J.,” the lead single off his 13th album, 4:44. Inspired by O.J. Simpson, race relations, and generational wealth, Hov detailed his take on hustling, credit, real estate, and Black Excellence in America. Over No I.D.’s inventive use of Simone’s “Four Women” classic, Jigga proved that he hasn’t lost a single step as one of the greatest voices the genre has ever heard.

Wild, wild, wild! DJ Khaled’s star-studded album Grateful was jam-packed with smashes, including “I’m the One” and “Shining,” but it was the Carlos Santana-inspired “Wild Thoughts” that landed on this list, thanks in large part to Rihanna’s seductive appearance and Bryson Tiller’s soulful showing. Pulling influence from Santana’s “Maria Maria,” the track has a familiar bounce, but Bad Gal and Pen Griffey added a 2017 twist to have fans dancing like Khaled and Asahd did whenever the song came on.

Drake continued to showcase his versatility in 2017, bouncing from rapping to singing with ease on the More Life “playlist.” While the project proved that Drizzy was heavily inspired by U.K. grime and Atlanta’s trap sound, it also allowed the 6 God to share the more mellow vibes of “Passionfruit.” Produced by Nana Rogues, the song eventually became a long distance romance anthem for the last call at every bar, lounge, and club around the world.

All eyes were on Post Malone following his success with “White Iverson” and “Congratulations.” Could he keep the streak alive? Could he deliver another smash? Over a hypnotic beat by Louis Bell and Tank God, Posty tapped 21 and surpassed all of those expectations with “rockstar,” an ode to living in the fast life, smokin’ like a rockstar, and “makin’ that thing go rata-ta-ta.” The song topped the charts for eight consecutive weeks and set the stage for 2018’s Beerbongs & Bentleys.

Compiled by Soundcity Digital and Rap-Up! 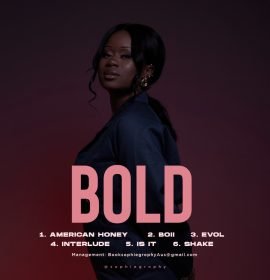 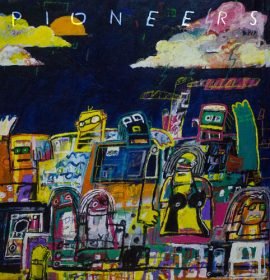