Disney’s highly anticipated Aladdin is here, but we know better than to expect anything groundbreaking from another needless live-action adaptation. While remake has pleasantly surprised most critics with colorful costumes and charismatic leads, Aladdin’s signature songs are its biggest disappointment.

Aladdin is tricky to negotiate from a representational standpoint because it was never based on one specific culture. The animated film was an amalgam of Middle Eastern and South Asian visual inspirations, and the live-action takes this at face value, doing the same and adding literally nothing to it. This piece references Bollywood dance numbers a few times, not because of any confusion about where Aladdin takes place, but because India has a booming film industry that thrives on movie musicals that Disney would’ve done well to study.

It’s disappointing to see that in attempting to pay homage to Eastern dance traditions, Aladdin opted to go the So You Think You Can Dance route and whittle these art forms down to what the West already recognizes of them. American reality shows have gladly co-opted Indian dance in particular and repackaged only the most harsh, angular movements (which I’ve written about before – and before before) – so the end result looks more like fitness than fine art.

Dozens of Middle Eastern dance styles go unknown in the West, while bellydance has been sanitized and mainstreamed for popular consumption, much like yoga. Erasing the grace and expression of these styles strips away what makes them so irresistible to watch in the first place.

The dancing in live-action Aladdin features a conspicuously high amount of tutting, which features prominently in funk and hip hop (a specialty of choreographer Jamal Sims, who worked on Step Up). These dance moves draw inspiration from ancient Egyptian drawings to create geometric shapes with the body, but tutting only gained popularity in the last century.

It doesn’t help that during almost every dance sequence in Aladdin, the footage appears to have been specially shot so that the dancers move faster than most human beings are physically capable of doing. It’s a jarring visual choice that you’ll sense even if you’re not a dancer, the same way you just sense when an actor has been digitally de-aged or otherwise altered from our known reality.

That decision does demonstrate the filmmakers’ awareness of screen vs. stage possibilities, but unfortunately they don’t push it much further. Live-action Aladdin means adding digital flair with magic and flying carpets, but it also means the songs have freedom to cut between locations or costumes, and to cut together choreography that would physically limit stage actors who have to perform it in one run instead of with breaks.

Yet none of these advantages are used. Other than those weirdly sped-up portions, the Aladdin choreography is shockingly low-energy, with the most offensive choice being to not fill the frame within an inch of its life.

Take for example, the 2017 Bollywood song “Malhari” from the movie Bajirao Mastani. Lead actor Ranveer Singh always exudes energy, even with simple movements. The camera tracks his motion, and the frame is bursting with dancers at any given moment. Dozens if not hundreds of men populate the frame, some appearing as mere shadows in the background or entering for four counts just to throw powder in the air:

In contrast, every wide shot of “Prince Ali” reminds you that there are maybe two dozen dancers in the whole number. There’s always empty space between the parade and Agrabah’s onlookers, and whenever the frame is full the background actors simply stand and cheer. There’s dizzying color where there should be choreographed chaos.

This is baffling. Disney is hardly struggling with a budget that won’t allow for more dancers or extras. Aladdin is not a movie constricted by reality; a hundred more dancers, hype men, and animals could be thrown in here and explained away as “genie magic” (an explanation used in the film for Aladdin’s Clark Kent-level disguise as Ali).

Multiple Middle Eastern dance traditions incorporate props or objects and would have made for spectacular visuals in Aladdin. The shamadan from Egypt incorporates a large candelabrum for wedding celebrations. The ardah features men holding swords or sticks and is literally derived from an Arabic “to parade.” The song could’ve used a dance break interlude to showcase any of these styles, but instead the only major change it undergoes is the new lyric “Heard your princess was HOT, where is she?” 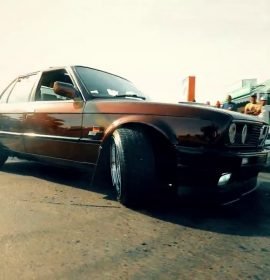 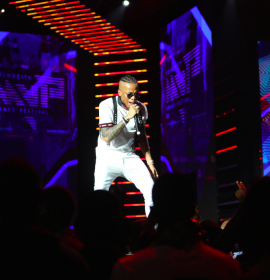 Saturday the 11th of January was a day of celebration and fanfare as Africa’s foremost music and entertainment ... 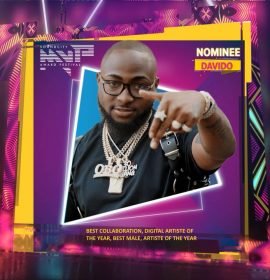 In build up to the biggest entertainment event this year – Soundcity MVP Awards Festival, we present some ...