Soundcity Radio 98.5 Lagos celebrates its 3rd anniversary on today, August 1st 2019 and will mark the day with a special live session, celebrity guests, highlights from the archive and a journey through the best in Nigerian, African and urban music from over the years. 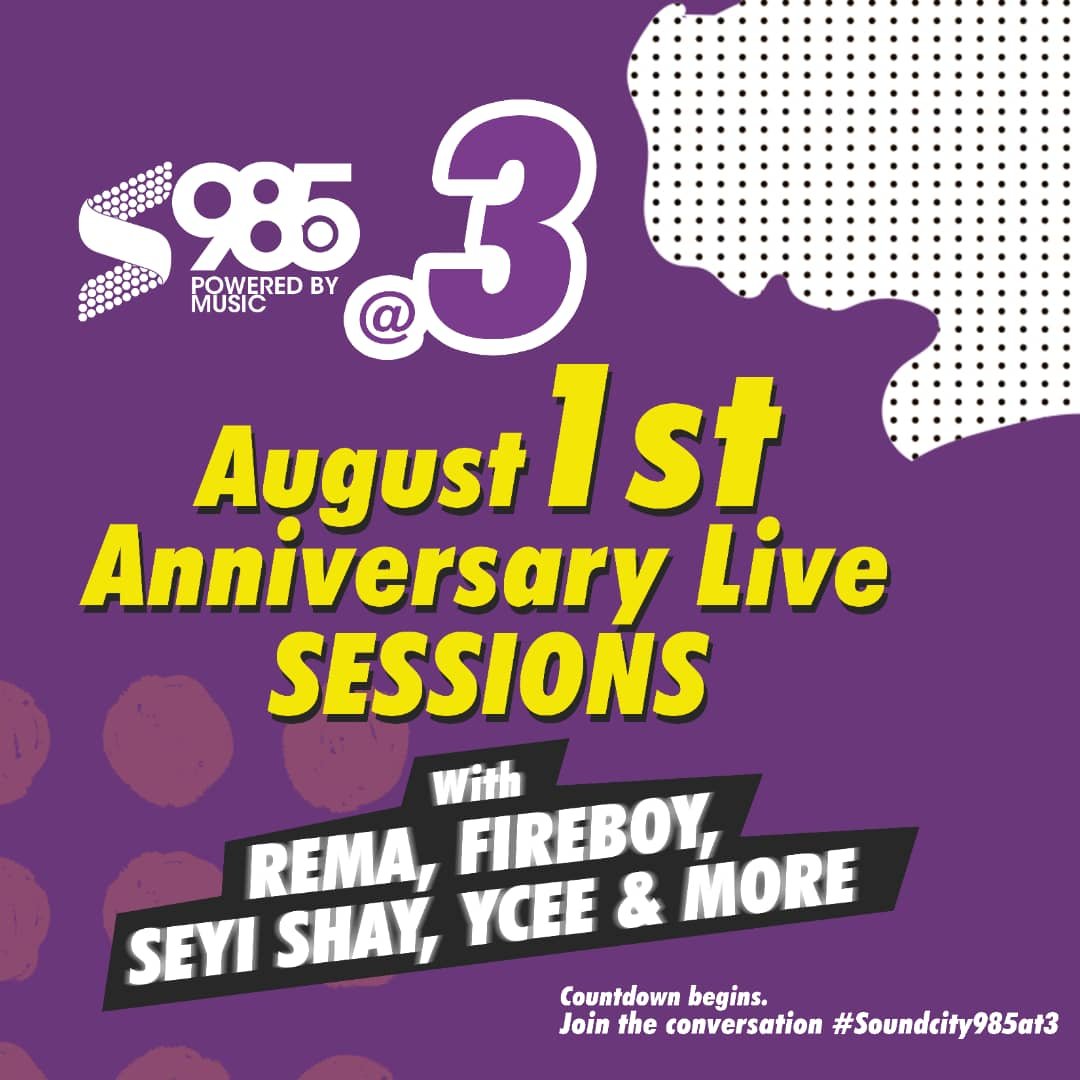 Rema, Seyi Shay, Ycee and Fireboy will join the OAPs and DJs – Rachel, Sheye Banks, Ilo, Pearl Cardy, Moti Cakes, DJ Shabsy, DJ Kaywise and DJ Bobbi for the live on-air sessions with instrumentation from GospelondeBeatz and the Alternate Sound Band. The talents will perform live as well as have quick conversations with an open house where celebrity guests, friends are expected and would be entertained to drinks, food and good banter.

From 9am on the 1st August, Soundcity Radio OAPs and DJs will disrupt programming slightly to dedicate one hour to the live set and will relive their favourite moments from the archive. 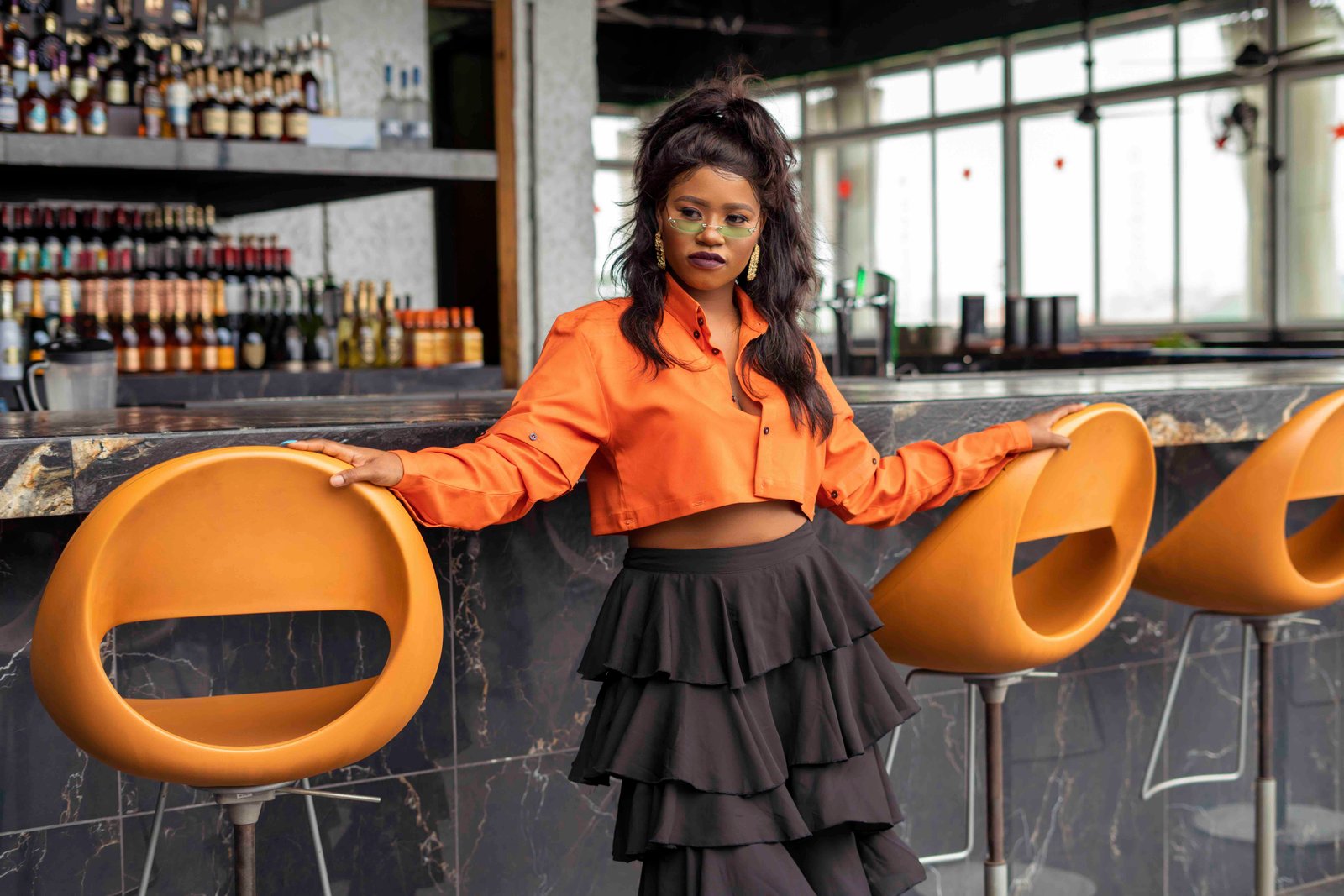 Jonathan James Lyamgohn, Group Head CMA and Alphavision Radio Network says: “I’m proud of the team, talent and what we have done with Soundcity Radio Network especially with the Lagos audience. It’s been an amazing 3 years for the station which has grown and become a huge asset to its young audience, the music industry, and all of Lagos.”

M.I. Abaga in an anniversary message to the Lagos station whose anniversary coincides with the Soundcity Kano 91.3’s first anniversary says: “3 years old today but it feels like forever because Soundcity has become a part of our life, a part of Lagos’ fabric and we applaud everything you guys are doing” while Rema confirms that the station has been “putting Lagos on the best music” and Dice Ailes acknowledging the dial as “an instrumental part of the journey” as an artiste.

The live sessions would be livestreamed via the Soundcity Radio social media handles: @SOUNDCITY985fm.

This is your invite, join us on air and social.

Rachel
Rachel Kgomotso-Towobola is your African Music Connect. Rachel was born in Gaborone, Botswana where she lived until she was 13. At 13 she moved to Belgium where she graduated from high school at The International School of Brussels. She then went on to study Business and Management (Marketing) at Brunel University in London, UK where she graduated with a Bachelor of Science. As a lover of the arts, whether it be visual arts, music, dance or spoken word; she fell in love with Nigerian music after first being exposed to the ‘ayoba’ rhythms of Afrobeat music. Don’t get it twisted, she’s not just an OAP; she’s a dancer, voice over artist, event planner, podcaster, MC and the hypest hype woman!

Catch Rachel every weekday on Soundcity 98.5 FM from 6am to 10am as co-host of ‘What’s Up Lagos’ and on the Africa Rox Mix Show with DJ Kaywise to get your weekly dose of African jams burning up the airwaves is mama Africa. The Africa Rox Mix Show airs Saturdays at 12pm and Sundays at 8pm.

Sheye Banks
Sheye Banks started his radio career in 2010 as an intern at AHBS, Kent in the UK before returning to Nigeria to continue his radio dreams. He worked at the campus radio in the University of Lagos and a year after graduation went on to Abuja before his return to Lagos. During his time on the radio, he has shuttled between his radio job, postgrad school and a marketing job at certain intervals.

He is well known not just for his good taste in music, but as an Event Host and he has received numerous accolades to his credit as an On-Air personality. He recently won awards for the Youth Favorite OAP of the Year at Scream Awards 2018 and OAP of the Year at Campus Hubb 2019. Sheye Banks co-host ‘What’s Up Lagos’ shows on weekday and ‘The Weekend Central’ with Pearl Hart.

Before her current run as host for the midday cross over show on the 98.5 dial, Kae was the tireless voice that power alot of the imaging and voice-overs on the station, the voice of Lagos now host the LasGidi Shuffle which airs every weekday from 10AM – 2PM

Laura Monyeazo Abebe aka Moet was born in The United Kingdom to Nigerian parents. At 11, she moved to the UK to study and eventually graduated from the University of Manchester with a law degree. It was whilst she was in her 2nd year of University that she became interested in modeling and took her modeling interests further and appeared in a number of Nigerian music videos and ad campaigns in both the UK and France. Following the launhc of her career on Soundcity TV, she is also an actress, food enterpreneur and multimedia entertainment personality.

Ilo is the voice that drives Lagos through traffic every evening from 6PM to 10PM on the ‘Home Run’ show. The revered on air personality has also had his stint on TV and being a Producer since 2014. Ilo is a Stage Actor, Radio Personality (Nominee for Scream Awards Break Out Oap of 2016) and a Filmmaker.

Music A&R and producer Moti Cakes was born Motolani Awokoya in Chicago, USA on March 19. The oldest of four brothers, he began producing music at Greensprings school Lagos before earning a bachelors degree at the University of Miami business school. Moti Cakes trained as a Sound Engineer at the Afterhours Studios located on Miami Beach with legendary producer Hal Batt Moti Cakes has gone on to produce a couple crowd favorites including features on M.I’s Bad belle, Phase 2 and Third Mainland Bridge. He hosts the daily mix show with the in house DJs – DJ Kaywise, DJ Shabsy and DJ Bobbi from 10PM – 2AM.

Pearl is one of Africa’s hottest TV/Radio personalities. She graduated from the Prestigious University of Lagos with a degree in Geography and Planning. She has been endorsed by a series of companies including one of Africa’s leading telecommunications company. She is currently one of Nigeria’s most sought after media personalities. She hosts some of Nigeria’s most prestigious TV shows; Top 10 South Africa, Top 10 USA and City Divas along side co-hosts Soundcity’s flagship programme Top 10 Nigeria. Pearl popularly known as PearlCardy is your go-to girl on Weekend Radio. Hosting The Weekend Central prime time on Nigeria’s leading radio station Soundcity98.5fm.