What we know about the self-proclaimed gqom star.

It usually takes years for artist to receive the kind of popularity and love that Durban born musician Babes Wodumo has received. Known for her creative dance moves, this artist continues to get music lovers talking, impressing everyone from the ’hood to the ’burbs, and have her song ‘Wololo’ on high rotation is multiple radio and television stations. Here are a few interesting facts about her…

Her real name is Bongekile Simelane

Her song, Wololo, which features Big Nuz’s Mampintsha, is the fourth most played local song on South African radio and stayed on the top 10 South African chart on Soundcity TV for weeks.

She is signed to Mampintsha’s West Ink label, and is also severely devoted to it and its parent company, DJ Tira’s Afrotainment.

Her stage name means “the famous Babes,” and she says when she was born, there was a group called The Babes and she had eyes like one of its members, which her father always referred to and said “Lo uw’Babes’ (this one is Babes).” The ‘Wodumo’ came because she used to do dancing, acting, soccer, athletics, and was good at them all and became famous for them.

She started the West Ink Dance Academy that gets kids off the streets and onto the stage with her.

She has said Wololo is about telling people not to let fun get them so intoxicated that they don’t know where or how they ended up sleeping where they slept.

She feels that she is the first woman to put gqom (a dance sub-genre from Durban) into the music industry, and is a self-proclaimed gqom star.

Fans are eagerly awaiting ‘NeverSayNeverGuy’, Skale’s newest album, and there are some things that fans ... 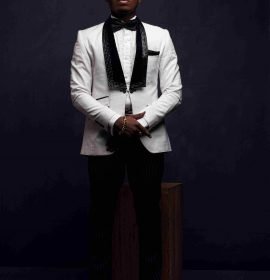 Today’s #ThrowBackThursday is on Baddest Guy Ever Liveth (stylized as #BGEL), the third studio album by ...